The 37th EGOS Colloquium will take place from July 8–10, 2021 in Amsterdam, NL, and for the forth time after 2015 in Athens, 2017 in Copenhagen and 2019 in Edinburgh, I will co-convene a sub-theme on organizational openness. This year I am happy to team up with Violetta Splitter (University of Zurich) and Marieke van den Brink (Radboud University Nijmegen). Please find the Call for Short Papers (about 3.000 words) of Sub-theme 48: “Openness as an Organizing Principle: Revisiting Diversity and Inclusion in Strategy, Innovation, and Beyond” below, submission deadline is Tuesday, January 12, 2021, 23:59:59 CET:

Over the course of the past decade, we can observe a growing trend towards (calls for) greater openness in various organizational contexts such as open innovation, open government, open strategy or open science. To some degree openness has been recast as a programmatic organizing principle, promising not just gains in efficiency (e.g., Chesbrough & Appleyard, 2007) but also in terms of transparency (Ohlson & Yakis-Douglas, 2019), accountability (Whittington, 2019) and inclusiveness (Mack & Szulanski, 2017). At the same time, we can observe a growing body of literature on diversity and inclusion that addresses openness in terms of inclusive organizing (Ferdman & Deane, 2014; Mor Barak, 2016; Nkomo et al., 2019; Shore et al., 2018; Zanoni et al., 2010).

Particularly regarding inclusiveness, however, we see a detachment of research on openness in various organizational contexts (e.g. strategy or innovation) from other scholarly debates on diversity and inclusion that address inclusive organizing as such (for an exception see Dobusch et al., 2019). With this sub-theme we seek to make a connection between these two separate research streams because we see three particular avenues for crosspollination that will advance our knowledge about inclusion, diversity and open organizing:

END_OF_DOCUMENT_TOKEN_TO_BE_REPLACED

The 35th EGOS Colloquium will take place from July 4–6, 2019 in Edinburgh, UK, and for the third time after 2015 in Athens and 2017 in Copenhagen Georg von Krogh (ETH Zürich), Richard Whittington (Oxford University) and I will convene a sub-theme on organizational openness. Please find the Call for Short Papers (about 3.000 words) of sub-theme 55 on “Open Organizing for an Open Society? Connecting Research on Organizational Openness” below, submission deadline is January 14, 2019:

While there is growing reference to notions of openness across domains, these are largely disconnected from each other, show few signs of convergence and lack theoretical reference between domains. This fragmentation is even more marked when considering related notions such as organizational fluidity (Dobusch & Schoenborn, 2015), liquidity (Kociatkiewicz & Kostera, 2014), boundlessness (Ashkenas et al., 2002) and partiality (Ahrne & Brunsson, 2011). Alongside these notions, advanced societies appear also to be seeing the emergence of more open organizational forms such as crowds (Felin et al., 2014), communities (Faraj et al., 2016), ecosystems (Baldwin, 2012) or meta-organizations (Gulati et al., 2012). A central objective of the proposed sub-theme will be to bring together discussions of various forms of open organizing in order to explore possible commonalities and significant distinctions, and to develop means for more connected theorizing across domains and dimensions. END_OF_DOCUMENT_TOKEN_TO_BE_REPLACED

My sister, Laura (Radboud University in Nijmegen, NL), our colleague Gordon Müller-Seitz (TU Kaiserlautern), and I have looked at an open strategy-making process of Wikimedia, the non-profit foundation behind the free online encyclopedia Wikipedia. In the paper “Closing for the Benefit of Openness?“, which is now open access available at the journal Organization Studies, we find that “simply” opening up preexisting organizational processes tends to reproduce or even reinforce social inequalities already in place. To enable broad participation and to reach out to particularly marginalized groups, openness is depending on certain forms of (procedural) closure. Pleas find the abstract of the paper below:

A growing number of organizations subscribe to ideals of openness in areas such as innovation or strategy-making, supported by digital technologies and fuelled by promises of better outcomes and increased legitimacy. However, by applying a relational lens of inclusion and exclusion, we argue that, paradoxically, certain forms of closure may be necessary to achieve desired open qualities in strategy-making. Analysing the case of Wikimedia, which called for participation in a globally open strategy-making process, we show that openness regarding participation in crafting strategy content depends on certain forms of closure regarding procedures of the strategy-making process. Against this background, we propose a two-dimensional framework of openness, in which content-related and procedural openness are characterized by a combination of open and closed elements.

Thanks to an open access agreement between Dutch universities and the publisher Sage, the fulltext is open availble.

In a recent article (PDF) published in the leading German management research journal Managementforschung, Waldemar Kremser (Radboud University Nijmegen), David Seidl, Felix Werle (both University of Zurich) and I have tried to systematically compare the more recent stream of literature on open strategy-making with previous studies on open innovation. For doing so, we operationalized organizational openness in communication terms, guided by a Luhmannian understanding of organizations as communication. The abstract of the paper reads as follows: END_OF_DOCUMENT_TOKEN_TO_BE_REPLACED 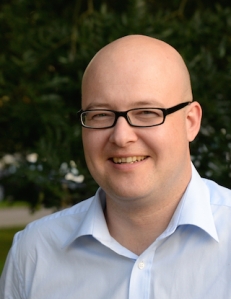 Thomas Gegenhuber and I have tracked open strategy-making practices on blogs of two ventures (Berlin-based mite and buffer in San Francisco) over the period of four years to answer the research question “how new ventures use open strategy-making as impression management over time?”. The article entitled “Making an Impression Through Openness: How Open Strategy-Making Practices Change in the Evolution of New Ventures” has now been accepted for publication in Long Range Planning as part of a special issue on Open Strategy (edited by Julia Hautz, David Seidl and Richard Whittington). The abstract reads as follows:

Thomas has also blogged about our study. If your institution does not provide access to the article just e-mail me and I would be happy to share it with you. For more on open strategy-making in general and other contributions to the special issue in Long Range Planning, join the recently launched Open Strategy Network.

The 33rd EGOS Colloquium will take place from July 6–8, 2017 in Copenhagen, Denmark, and together with Georg von Krogh (ETH Zürich) and Richard Whittington (Oxford University) I will be convenor of sub-theme 50 on “Open Strategy: Practices, Perspectives and Problems“. Please find the Call for Short Papers below, submission deadline is January 9, 2017:

Many organizations in public, private and non-for-profit sectors are becoming more transparent about their strategies, while also including a wider range of actors in strategy development. These moves involve a variety of strategy practices, for example strategy jamming (Bjelland & Wood, 2008), strategy crowdsourcing (Stieger et al., 2012), strategy blogs and wikis (Dobusch & Kapeller, 2013) or strategy simulations in online games (Aten & Thomas, 2016). Although involving many different practices, this phenomenon has been described most comprehensively as ‘open strategy’ (Chesbrough & Appleyard, 2007; Whittington et al., 2011).

Building upon these studies, recent works on open strategy have begun to look at open strategy from an increasing variety of perspectives such as impression management (Whittington et al., 2016), middle-management inclusion in strategy-making (Wolf et al., 2014) or the inter-organizational explorations of strategic issues (Werle & Seidl, 2015). However, systematic cross-fertilization between the emerging open strategy literature and other areas and concepts of organizational openness are still rare. END_OF_DOCUMENT_TOKEN_TO_BE_REPLACED